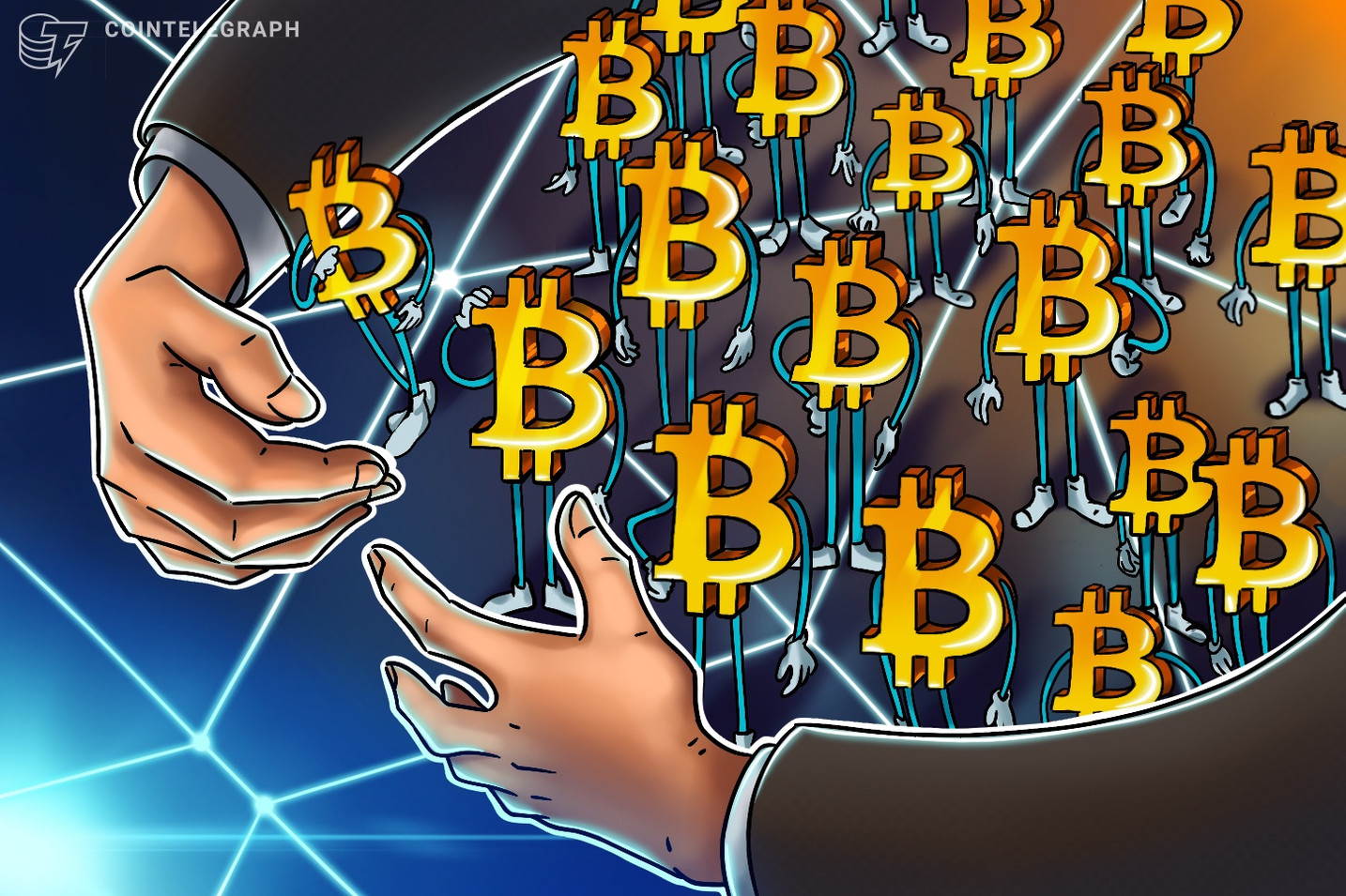 Institutional crypto investment giant Grayscale now has $20 billion under its control as its Bitcoin (BTC) buys outstrip production by almost three to one.

As noted by data analysis resource Coin98 Analytics on Friday, Grayscale bought almost three times more BTC than the amount added to the market in December 2020.

The figures underscore what many have described as an ongoing liquidity squeeze in Bitcoin, where large buyers suck up any available supply and remove it from circulation, sending it to cold storage for long-term hodling.

As Cointelegraph reported, the phenomenon was already visible in November 2020, but December 2020 saw a clear increase in demand from Grayscale and other institutional entities. 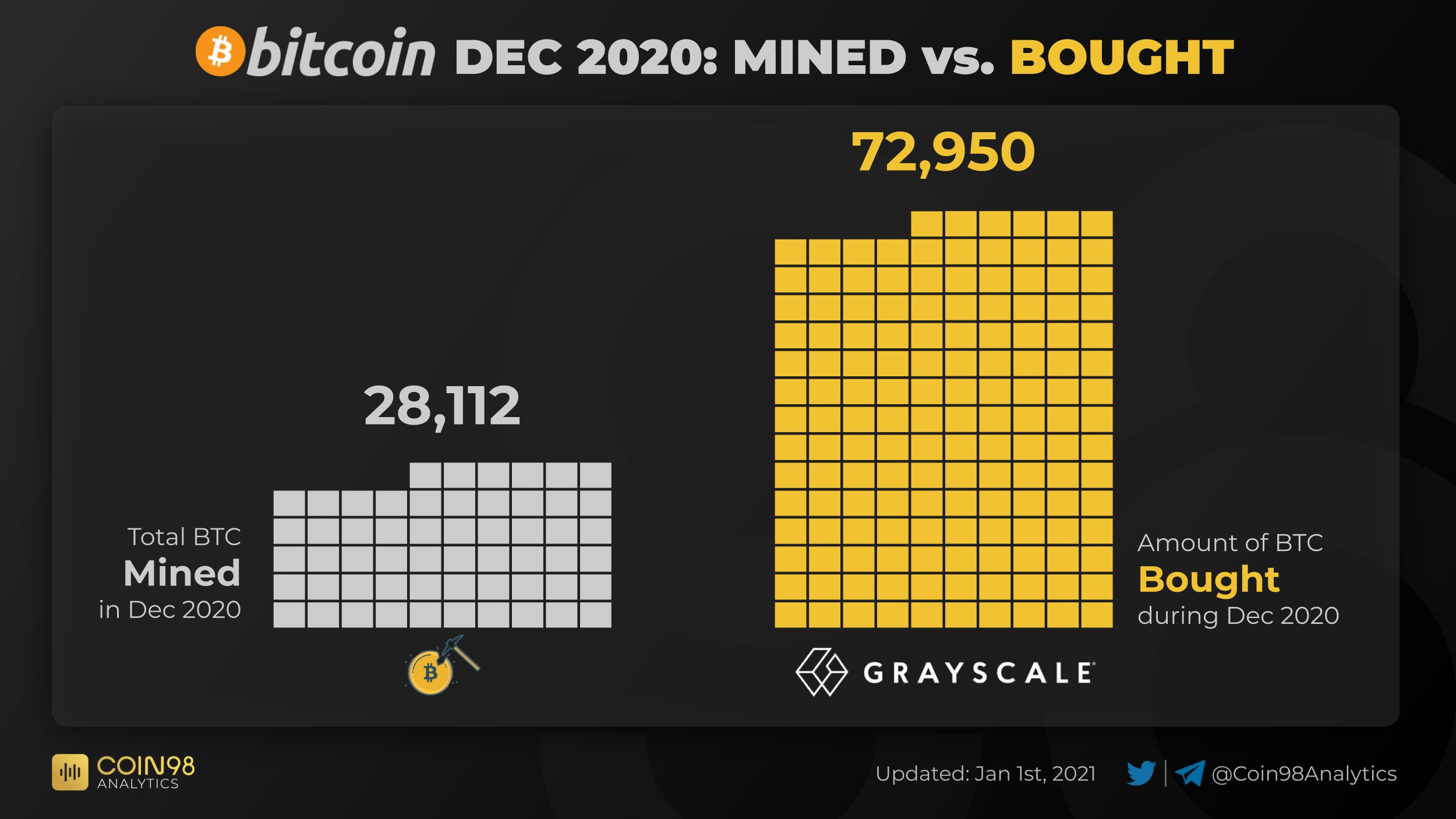 As the clock chimed midnight on New Year’s Eve, meanwhile, Grayscale CEO Barry Silbert celebrated bringing the company’s total AUM across its various crypto funds to over $20 billion. Just one year ago, the figure stood at a mere $2 billion. 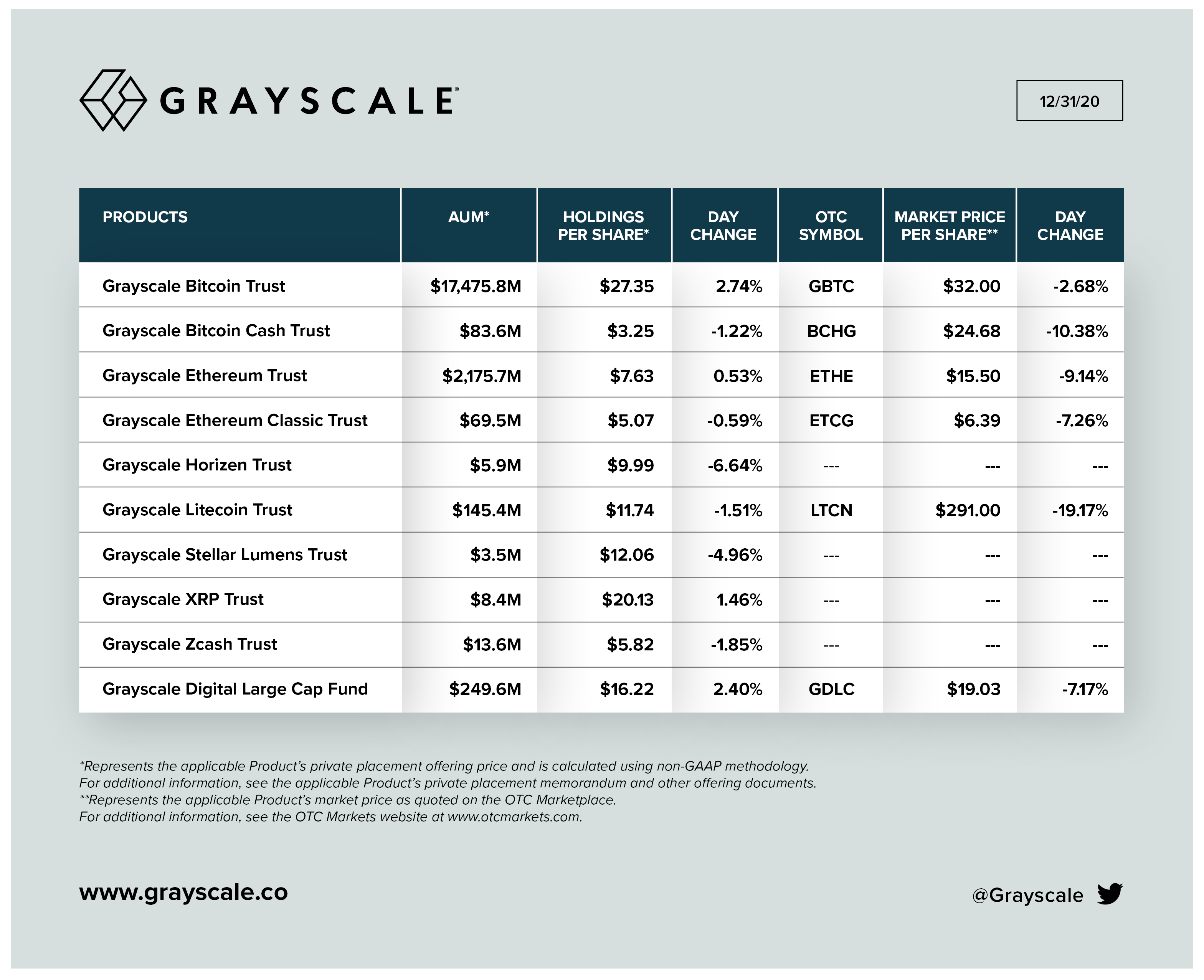 The company remains the largest institutional player on the Bitcoin scene, with its $17.475 billion in BTC far outstripping any other market participant. Newcomer MicroStrategy, while not an investment business, now controls 70,470 BTC ($2.06 billion).

Going forward, analysts predict that more demand for the fixed supply of “new” Bitcoin from miners will only serve to create a bidding war and push up the price. Sellers already faced stiff resolve from buyers in December 2020, when new all-time highs failed to produce significant long-lasting pullbacks.