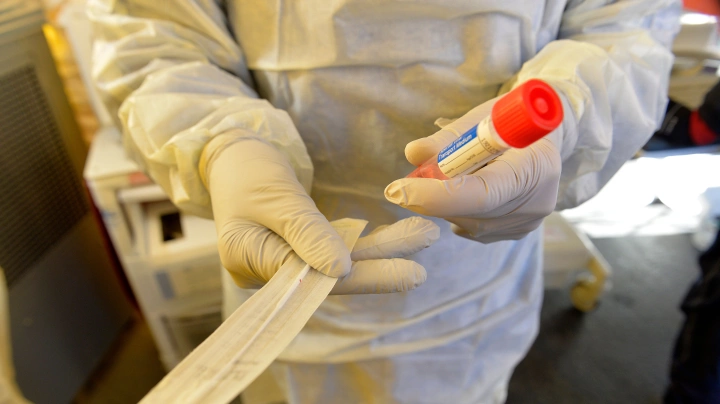 A contamination of the first round of COVID-19 testing kits made by the Centers for Disease Control and Prevention slowed the U.S. government’s response to the coronavirus pandemic, The Washington Post and CNN confirmed Saturday.

The Food and Drug Administration told CNN that the CDC did not manufacture its tests under the agency’s standard protocol.

“CDC made its test in one of its laboratories, rather than in its manufacturing facilities,” an FDA spokesperson said. “CDC did not manufacture its test consistent with its own protocol.”

The Atlanta lab that the CDC manufactured the kits in was also handling synthetic coronavirus material, which likely led to the contamination, the Post reported, citing federal regulators and scientists who knew of the situation.

The Post was the first to report on the contamination of the test kits.

Exclusive: Contamination at CDC lab delayed rollout of coronavirus tests. This account confirms for the first time the contamination’s role in undermining the test and the CDC’s failure to meets its lab standards. @DWillmanNews https://t.co/LbOLfaIKYB

One of three test components were contaminated during that process.

The FDA officially determined that the CDC violated its own protocol, an administration official told CNN.

The botched tests were found to be problematic in late January after the CDC sent the test kits to 26 public health labs across the U.S. Twenty-four of the labs found that some of the tests produced false positive results, according to the Post.

Reports in late February showed that there was a major delay in the CDC’s distribution of coronavirus tests because of a problem with one ingredient.

Scott Becker, executive director of the Association of Public Health Laboratories, told NPR on March 1 that the issue put labs “a few weeks behind” in testing patients.

“I certainly do wish that the testing was available sooner,” Becker said at the time. “There was this very unfortunate challenge in the production process and it did put us a few weeks behind.”

A senior federal scientist who reviewed the development and manufacturing process told the Post that the false positives suggested that the testing kits were cross-contaminated.

It’s unclear exactly how many tests were affected but 24 of the 26 labs that received the tests were producing false positive results, indicating the extent of the problem.

Even after the problem was identified, it still took the CDC more than a month to fix the test kits, triggering a delay in them being used around the country.

The Department of Health and Human Services is investigating the botched process and delay in implementing the tests.

A spokesman for the CDC confirmed to the Post that there was an issue with “quality control” when the agency was manufacturing the tests, describing it as “not sufficient.”

He went on to say that the CDC has “implemented enhanced quality control to address the issue.”

The CDC did not immediately return HuffPost’s request for comment.

This article originally appeared on HuffPost.