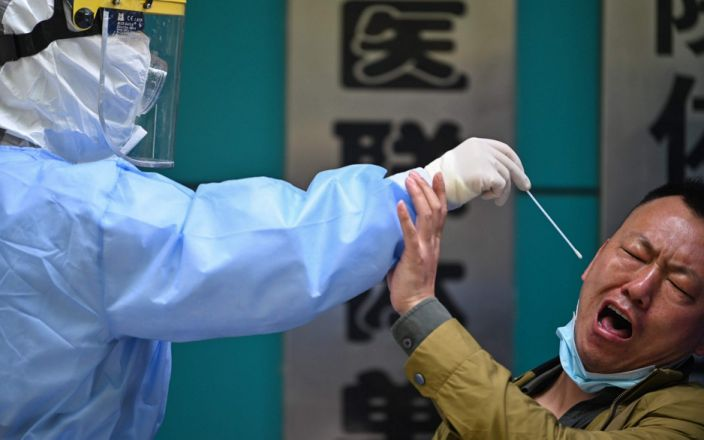 At times over the past few weeks it seems as if the country has fallen victim to a coup led by epidemiologists. We’re no longer fed up with experts, it seems, but we cling to their every word, agreeing to close down the economy and imprison ourselves in our homes on the basis that it will help to ‘flatten the curves’ on their graphs.

Yet as they would themselves be first to admit, their models are only as good as the quality of the data that is fed into them. And this grows more questionable by the day.

For weeks, the response of western countries to the coronavirus crisis was almost entirely informed by figures produced by China. Throughout February, in particular, we watched on with reassurance as the curve of the epidemic peaked and then fell away so that by the beginning of March hardly anyone in China seemed to be contracting the disease at all.

It is galling to learn, then, that the number of deaths in Wuhan, the seat of the epidemic, has just been revised upwards by 50 percent to 3869. And who knows if that is where it is going to end?

Would we know if the real figure was really 10 times, hundred times as high? One thing is for sure, the world has been far too quick to trust China’s statistical returns to the World Health Organisation (WHO). Bizarrely, the director general of the WHO praised China for its transparency – after, that is, it had become clear police had threatened a Wuhan doctor, Li Wenliang, with arrest for daring to warn colleagues of a novel illness which had reminded him of SARS. Dr Li sadly went on to die of Covid-19 himself.

Based on information provided by Chinese authorities, a WHO delegation to the country declared in mid January that there was ‘no clear evidence of human to human transmission’. This was at a time the rest of the world could have been preparing itself for the coming epidemic.

It ought to be added that our own data-collection on Covid 19 is scarcely beyond reproach. For weeks we religiously followed the daily death toll put out by Public Health England – only belatedly to realise that it only included deaths in hospitals, and excluded the many people who have died in care homes. Northern Ireland today has revised its own death toll up by a third. The government is still publishing figures for new infections as if these are somehow catching all cases – in spite of having told people to stay at home, untested, and only bother doctors if their symptoms become serious.

But it is especially vital that we have reliable data from China given the possibility of a second wave of infection following Wuhan’s release from lockdown last week. The world is going to be looking at China’s figures for new cases and deaths with eagle eyes for any sign or resurgence, so that we can gain some insight as to when it might be safe to lift our own lockdowns.

To do that, however, we need to be able to trust the figures. And sadly we can’t. When the history of Covid-19 comes to be written it will tell the story of a crisis handled by very clever epidemiologists who were themselves guided by data which was incomplete – and in some cases utter drivel.