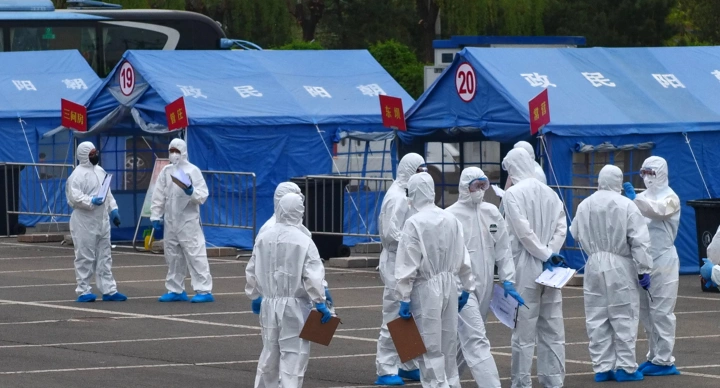 A laboratory in the Chinese city of Wuhan has broken its silence to deny accusations that the novel coronavirus originated there.

Yuan Zhiming, vice director of the Wuhan Institute of Virology, told Chinese state broadcaster CGTN, that this was a “conspiracy theory” designed to “confuse” people. He also denied the virus was manmade.

It is the first time anyone from the institute has spoken publicly.

“As people who carry out viral study, we clearly know what kind of research is going on in the institute and how the institute manages viruses and samples. As we said early on, there is no way this virus came from us,” said Yuan, a microbiology and biotechnology expert who trained and worked in France, Denmark, and the U.S. for several years.

“We have a strict regulatory regime and code of conduct of research, so we are confident,” he added.

Yuan said he understood why some people might link the outbreak with the $44-million laboratory, founded in 2014, because it was based in Wuhan. But that it was wrong to deliberately mislead people, he added.

More than 156,000 people have died globally from coronavirus, according to a John Hopkins University tally on Saturday.

The origin of the virus has been a politically sensitive issue for China, with Trump and his officials angering the country by referring to it as the “China or Wuhan virus.”

Trump told reporters on Friday that “a lot of strange things are happening” regarding the origins of COVID-19 and that U.S. investigations were ongoing.

His comments came days after he announced that he would stop U.S. funding to the World Health Organization pending a review of its response to the initial coronavirus outbreak. He accused the WHO of “severely mismanaging and covering up” the coronavirus crisis, specifically the initial outbreak in China.

The American intelligence community is also examining whether the coronavirus accidentally emerged from the Wuhan research lab while it studied diseases in bats, current and former U.S. intelligence officials told NBC News this week.

Spy agencies have ruled out that the coronavirus was man-made, the officials said. But they added that scientists at the Wuhan lab were known to have conducted research on coronaviruses and that intelligence agencies were weighing evidence that an employee could have become accidentally infected and left the facility with the virus.

China disputes that the virus could have originated in the Wuhan lab.

Foreign Ministry spokesperson Zhao Lijian said Thursday that the head of the World Health Organization had “repeatedly said there’s no evidence” the virus was made in a lab and that “many well-known medical experts in the world also think that the statement of so-called laboratory leaks is without scientific basis.”

The Wuhan virology lab has actively worked with the WHO and other United Nations bodies, said Yuan, handing over the genome sequence and laying the foundation for other countries to prepare testing and vaccines.