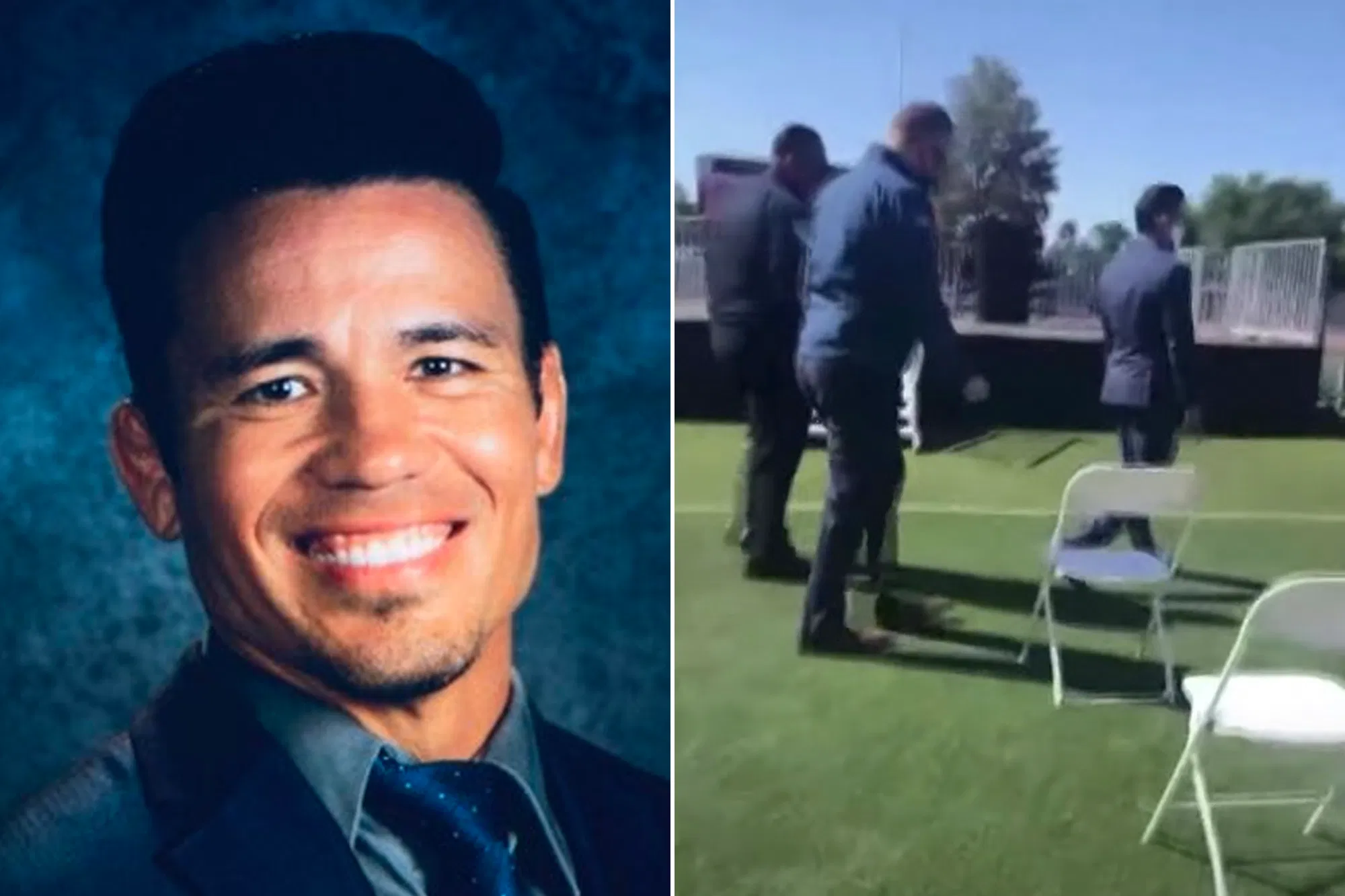 The principal of a high school in Stockton, Calif., caused a stir on Thursday when he appeared to go off-script during his address at the school’s commencement ceremony.

The paper said it is unclear why he was voted out and still has support from some parents and students. He told the graduates that he was kicked out because he loves the school and the community.

“I came here to serve you, to love you, to be in the mix and the grind with you,” he said. He told the students that working at the school appealed to him after he saw a fight that took place there that made the news. He told students that he loved his job there and encouraged them to do their best. He also used the struggles in his own life as examples of perseverance.

“I wanted to tell the kids why I left, so they would know I did not leave them, I did not turn my back on them,” he told the Record.

Melinda Meza, a spokeswoman from the Stockton Unified School District, told Fox 40 that it was unfortunate that Nakamura “chose to use this platform for his own grievances.” At one point during his speech, he said successful people “will do whatever it takes to stomp on top of others and pull them down to climb their way to the top.” He said those people do not deserve respect.

Meza said he was escorted out and he turned in his keys.

“There were strict COVID-19 guidelines, so no principals were allowed to give a speech,” Meza said, according to the paper.

Sofia Colon, a parent, told Fox 40 that the principal is loved by the students.

“That speech tells me how honest this principal is with his students. Tell the students, be a mentor to your little brothers and sisters. He told us where he came from, how relatable, how vulnerable. That was my takeaway: Don’t be a sellout, tell the truth,” she said.