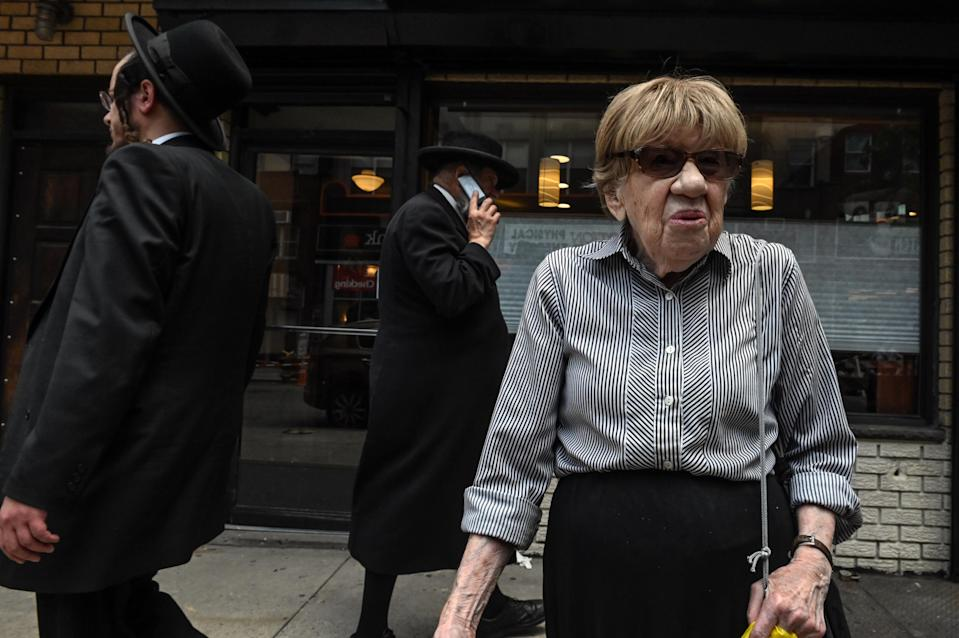 NEW YORK — For a fleeting moment, New York was a city reveling in itself. Just a month ago, officials declared it fully open for business; masks slipped to chins; and restaurants packed in customers as vaccines rolled out. The virus seemed to be losing.

Today, the coronavirus has crept back, in a new, more infectious form that has driven up cases and hospitalizations, primarily among those still refusing vaccination, sending a city just staggering back to life into a tailspin.

For some New Yorkers, scarred from the thousands of deaths at the pandemic’s painful peak, every new case, though few in comparison, comes with pit-of-the-stomach foreboding. For others, the spiking rates and the fact that, if infected, few vaccinated people fall gravely ill portend a new reality of cohabiting with the virus — maybe indefinitely.

Perhaps the only shared emotion is uncertainty. As the variant known as delta entrenches across the city, there are questions in its wake: Is this simply what the future looks like? Despite a maskless, celebratory summer of social closeness, is the pandemic forever?

“It’s like the flu; the flu never stops,” said Nelson Lopez, 45, a resident of East Harlem, who said he still cannot walk down his block without tallying every neighbor he lost to the virus. “People will be afraid forever.”

Over the weekend, Hua Cheng, 55, and her husband, Keith Hu, 60, both electrical engineers, drove in from their home in Randolph, New Jersey, to visit the Metropolitan Museum of Art in a city that suddenly once again felt precarious. When they got out of their car, they pulled on masks.

“I thought I was safe!” said Hu at the foot of the museum steps. The couple are back to wearing masks, even though they are vaccinated, as the delta variant has continued to spread. “Before this we didn’t take it seriously,” Hu said.

On Tuesday, the Centers for Disease Control and Prevention recommended that vaccinated people should return to wearing masks in public indoor spaces in areas that have recorded more than 50 new infections per 100,000 residents over the previous week or where more than 8% of tests are positive for infection over that period.

All of New York City’s boroughs fall under those criteria. Mayor Bill de Blasio, who has resisted reinstating a mask mandate, said at a news conference Wednesday that his administration was reviewing the CDC guidelines. The mayor announced that the city would begin giving $100 to residents who get their first dose of a vaccine at a city-run site starting Friday.

The seven-day average of new coronavirus cases is near 1,000, up from just about 200 last month, and about 75% are attributed to the delta variant, according to city data. Although the numbers of patients hospitalized for the coronavirus in New York City remain at just under 300, they account for a 75% increase from earlier this month. The vast majority of those hospitalized are unvaccinated people, according to the city.

“The delta variant has really thrown us a curveball,” de Blasio said at a news conference last week at which he announced that all public-sector health care workers must be vaccinated or submit to weekly testing. On Monday the mayor expanded the mandate to all of its approximately 340,000 city employees, setting the deadline for mid-September.

Gov. Andrew Cuomo said Wednesday that state employees would be required to show proof of vaccination or face weekly testing under new state policy that will go into effect by Labor Day. Earlier this week, California introduced similar mandates, and the U.S. Department of Veterans Affairs announced that all of its front-line health care employees must get vaccinated within eight weeks or face penalties, including removal.

For some, like Julissa Matos, 31, the news has changed decisions about getting vaccinated. “I did not want to get vaccinated,” Matos said as she watched her nieces play in a fountain in a park in the South Bronx over the weekend. “I feel like they were just experimenting, and I didn’t want to be an experiment.” About 45% of residents are vaccinated in the borough, the lowest vaccination rate in the city.

On Monday, Matos took her 12-year-old son, Cleon Clarke, to Lincoln Medical Center in Mott Haven, where they both got vaccinated, fearful that he might contract the virus when he leaves soon for sleepaway camp in Pennsylvania. Last week, an outbreak at Camp Pontiac in Columbia County, New York, had sickened more than 30 campers, all of them too young to receive vaccines.

“As I am going to sleep for the past two weeks now, something in my heart just keeps telling me to get him vaccinated,” Matos said. “I am just starting to get scared all over again.”

Others say the increasing cases are not changing their behavior at all. On Staten Island, Daniel Presti was helping set up a friend’s bar on Victory Boulevard on Friday evening.

The bar he used to manage, Mac’s Public House, was shut down last year by the city after Presti and its owner, Keith McAlarney, 47, repeatedly violated city lockdown rules intended to reduce the spread of the virus — something the men said they felt infringed on their personal liberties. It became a center of the coronavirus culture wars.

Today, Staten Island’s South Shore has some of the highest number of coronavirus cases in the city. Presti, 35, said he does not believe the data showing rising case numbers. “I do not think that we should have destroyed lives for a virus that is highly survivable,” he said.

“I will not change the way I am doing things,” he added.

The Orthodox Jewish enclaves of South Williamsburg, Brooklyn, were some of the hardest hit by the coronavirus at the peak of the pandemic, which tore through tight-knit families and killed influential religious leaders. For Tova Schiff, who is in her 80s and survived the virus, a possible resurgence is chilling.

“You don’t know when it will end or how it will,” Schiff said. “Will it get worse than it is now, or will it just disappear?”

Schiff was hesitant to get vaccinated but ultimately decided to get a shot. “I was afraid to do it; I was afraid not to do it,” she said.

Outside the Queens Public Library in Flushing, a group of young people were handing out flyers of information on the vaccine in English and Chinese to passersby. In the New World Mall food court nearby, Cyrus Lee, 32, was sitting with his 1-year-old daughter. Nearly 85% of Flushing residents have received at least one dose of the vaccine, according to city data.

Lee saw the pandemic up close. His extended family in China experienced the virus months before it came to America, he said. When it arrived here, he cared for patients hospitalized for COVID-19 at Maimonides Medical Center in Brooklyn, where he is an office assistant.

His parents, who live in Sunset Park, hardly left the neighborhood for a year after the pandemic began, afraid for their safety after a slew of hate crimes targeting Asian people.

With the increase in cases, Lee said he was afraid the same violence would continue. “It never went away,” he said. “They blame Asians still.”

Hiking through The Ramble in Central Park, Navdeep Shergill, 41, his wife, Ajinder, 40, and their three young children each wore a mask as they scrambled over rocks and down trails.

The Shergills were visiting from Folsom, California.

“COVID is here to stay,” said Navdeep Shergill, who, like his wife, is vaccinated; their children are too young to qualify. “You can’t turn delta variant off and go back to life as normal.”

Behind her mask, Ajinder Shergill nodded. “This,” she said, “is a way of life.”