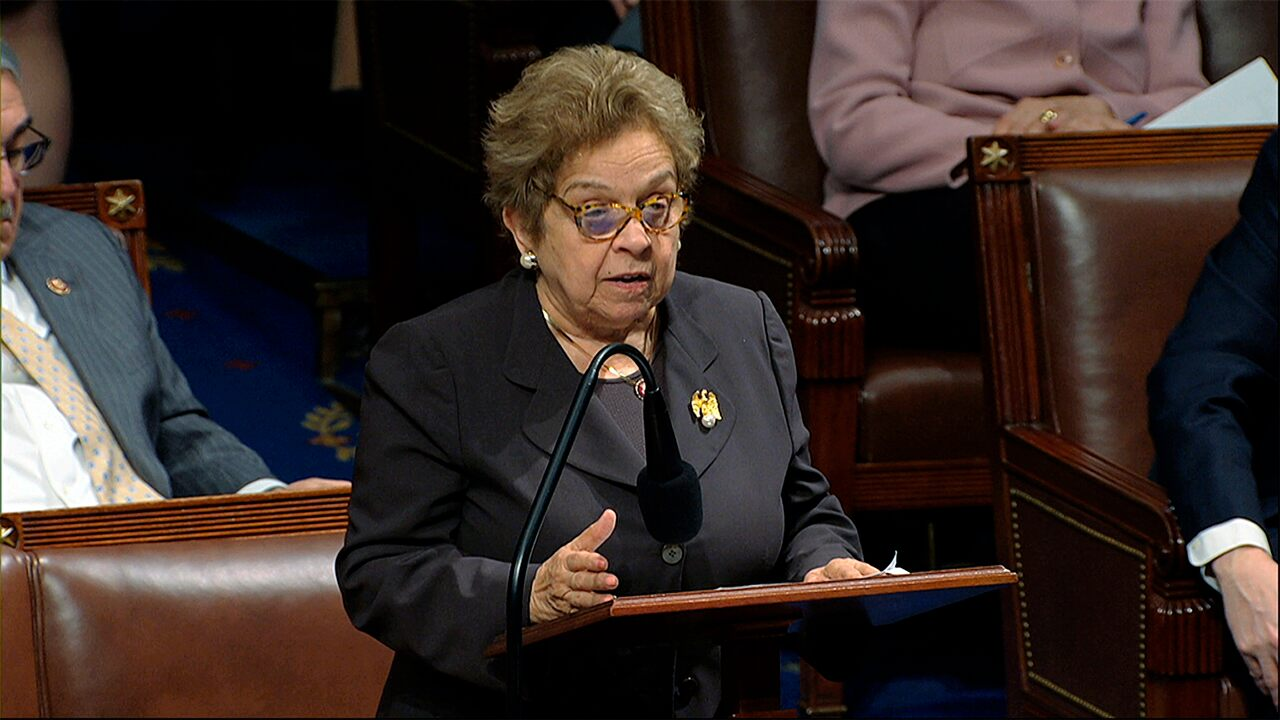 Republicans are calling on Rep. Donna Shalala, D-Fla., to step down as the lone House Democrat on the committee overseeing $2 trillion in coronavirus funds after allegations emerged in her local newspaper that she violated federal law by not reporting more than a half-dozen of her own stock sales.

Shalala admitted in an interview with the Miami Herald on Monday that she had sold the stocks after her election to Congress in November 2018, claiming it was an effort to eliminate any conflicts of interest. However, the sales were never publicly reported as required under the STOCK Act, which mandates disclosures on such sales within 45 days.

The statute states that it is intended to “prohibit members of Congress and employees of Congress from using nonpublic information derived from their official positions for personal benefit.”

“I believe in the STOCK Act,” Shalala, who served in Bill Clinton’s administration, told CBS News. “I missed those deadlines. But … I was doing the opposite of insider trading. I was getting rid of any conflict of interest in the process. But I absolutely missed those deadlines, and I apologize for them, it was my mistake, and I take full responsibility.”

Shalala acknowledged: “I knew what the law was. … No one else is responsible except for me. … I did file my disclosure reports, so everybody knew what my holdings were.”

A Shalala spokesperson separately told the Herald, however, that financial advisers may share some of the blame. The spokesperson, Carlos Condarco, said Shalala was in the process of setting up a blind trust, which once finalized would not require the congresswoman to publicly report each stock sale.

Miami @RepShalala admits she made a mistake by failing to report at least a half dozen stock sales in 2018-19 following her election to the House. “It was my mistake and I take full responsibility,” she told @CBSMiami pic.twitter.com/tVGrZlFFXV

“She had a misunderstanding about the periodic transaction report process and her need to report the sale of these stocks while preparing a blind trust,” Condarco told the paper. “As a new member with a broker and attorney who were not familiar with the congressional disclosure rules, there was a misunderstanding.”

That wasn’t good enough for congressional Republicans, who pointed out that Shalala was recently added to the five-member Congressional Oversight Commission.

“Donna Shalala broke the law and can’t be trusted to manage billions of dollars in taxpayer money. She must immediately resign from the coronavirus oversight panel,” National Republican Congressional Committee (NRCC) spokeswoman Camille Gallo said in a statement.

A speaker for House Speaker Nancy Pelosi, D-Calif., however, called the criticism unfounded.

“As a distinguished administrator who has spent many years in public service, Congresswoman Shalala has the speaker’s complete confidence as she works to hold the administration accountable to the taxpayer through the CARES Congressional Oversight Commission,” the Pelosi spokesperson said. “Since coming to Congress, Congresswoman Shalala has taken aggressive steps to avoid even the suggestion of a conflict of interest over her personal investments. Rep. Shalala has taken responsibility for her mistake in missing filings required under the STOCK Act and has been working with the Ethics Committee to address this issue since she became aware of it.”

Shalala isn’t the first member of Congress to raise eyebrows with stock sales in recent weeks. Two Republican lawmakers, Sens. Richard Burr and Kelly Loeffler, sold millions in stock before the coronavirus outbreak sent the markets in freefall, drawing a complaint to the Senate Ethics Committee from the watchdog group Citizens for Responsibility and Ethics in Washington (CREW).

Both senators attended briefings on the outbreak prior to the sales, although they have denied any wrongdoing.

Other Democrats have found themselves in coronavirus-related money controversies this week. Michigan Gov. Gretchen Whitmer’s administration acknowledged Tuesday that normal protocols were bypassed when a no-bid contract for coronavirus contact tracing was awarded by the state to Great Lakes Community Engagement, which is operated by a well-known Democratic consultant Michael Kolehouse – who has previously written that President Trump should “get Coronavirus ASAP” and that someone should “do the country a favor and cough on that man,” Facebook posts reviewed by Fox News show.

Read this article and more at Fox News.