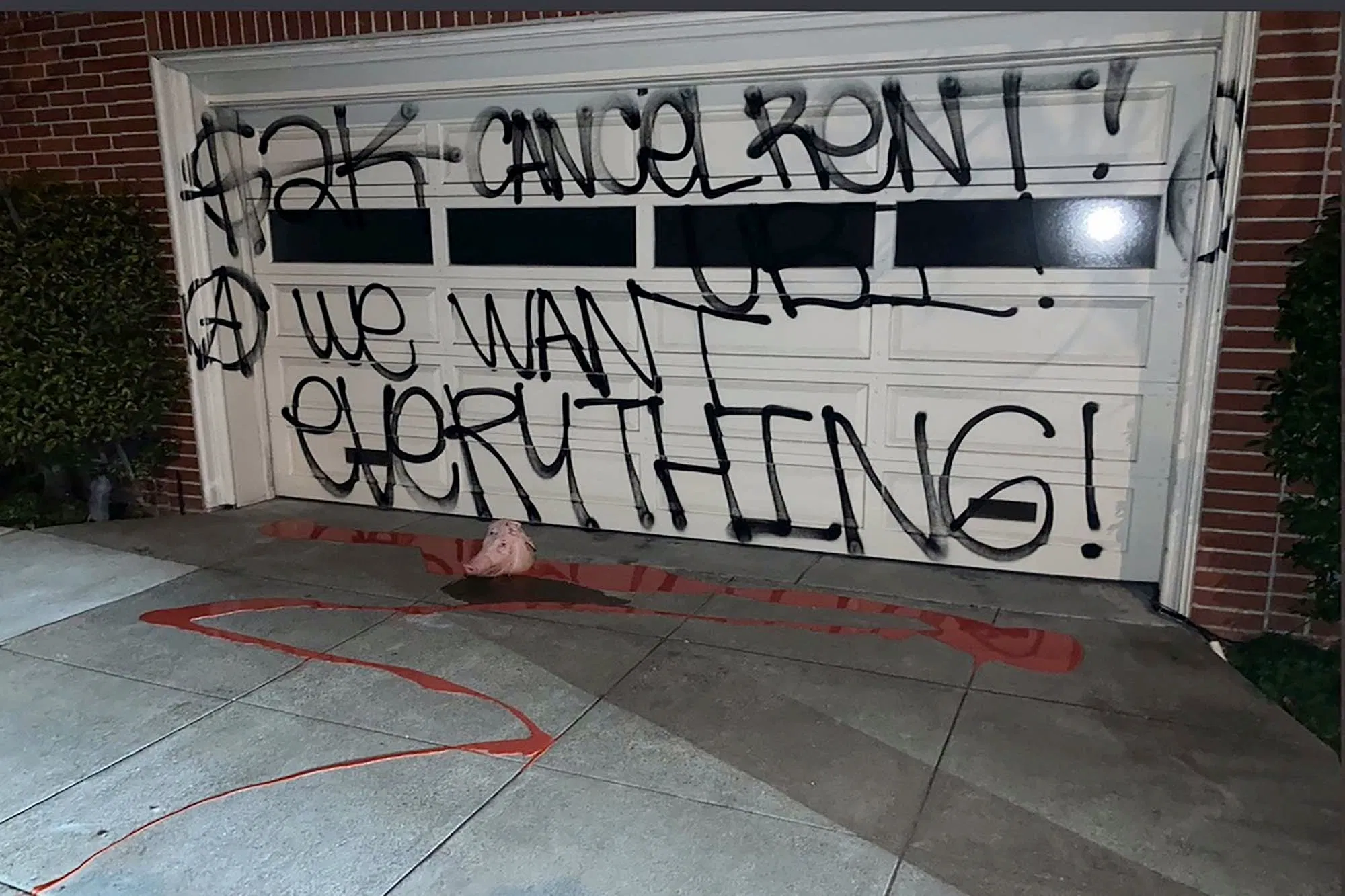 The backlash to House Speaker Nancy Pelosi’s handling of the coronavirus stimulus bill could be hitting close to home — literally.

On Friday, photos surfaced on social media and TMZ showing graffiti on a San Francisco garage door purportedly at the home of the Democratic congressional leader. The apparently spray-painted message read “$2K” with a line through it.

“Cancel Rent?” “We want everything!” Another line appeared to read “UBI!” referring to the concept of universal basic income.

A spokesman for the San Francisco Police Department told Fox News that officers responded to the reported vandalism around 2 a.m. Friday. “Unidentified suspect(s) had painted graffiti on the garage door and left a pig’s head on the sidewalk,” they said.

They said the scene was in the 2600 block of Broadway, but did not confirm who owned the home or if anyone was there at the time.

According to KRON, the MyNetworkTV affiliated station in San Francisco, the messages have been covered up and fake blood on the ground was removed.

It’s unclear whether the police have any suspects, but the graffiti included two letter A’s with circles around them, the mark typically associated with anarchism.

Congress continued into the new year without compromise after months of stalled negotiations. While President Trump and Democrats have insisted on $2,000 stimulus checks, Senate Majority Leader Mitch McConnell, R-Ky., rejected those as “socialism for rich.”