Steve Kerr: There was pressure being Michael Jordan’s teammate that I never felt from anybody 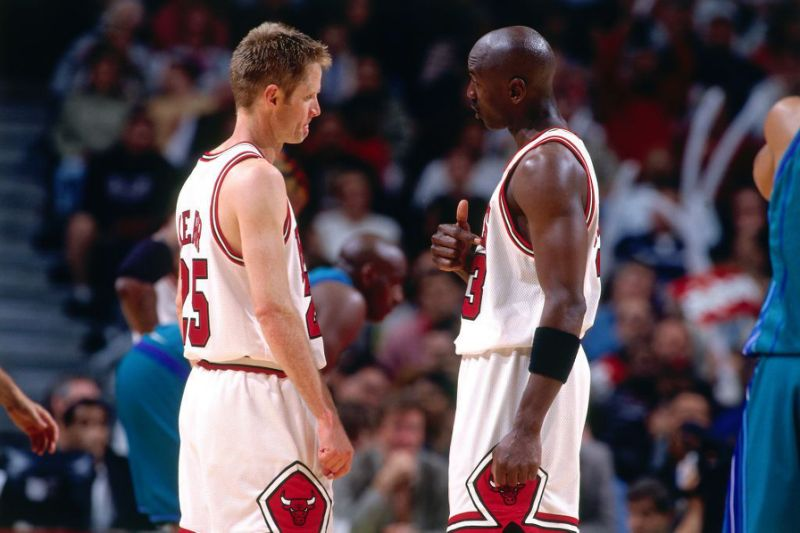 “There was a pressure that came with it when you were his teammate that I had never felt from anybody,” Kerr said. “It was a great test. You had to step up and compete and perform every day.”

Kerr held a conference call leading up to the premiere of “The Last Dance”, a 10-part documentary series on the Jordan-led Bulls of the late-90s. He spoke of what it was like to be part of Chicago’s second three-peat in an eight-year span. Kerr made the series-winning shot for the Bulls as they beat the Utah Jazz in 1998. He told the story of Jordan telling him to be ready in case he passed him the ball. Jordan did and Kerr made the shot.

“I always felt it was part of Michael’s genius with raising that bar, the level of competition and performance for our team every day just because of who he was,” Kerr said. “Nobody wanted to be left behind. He constantly pushed everybody forward.”

Speaking of that final title run, Kerr said it was challenging because the Bulls “were running on fumes.” General Manager Jerry Krause had let the team know before the season that Phil Jackson would not return as the team’s coach after the 1998 season completed.

“One of the things that really drove us that year was full awareness that was going to be our last dance,” Kerr said. “There was just a life span on that team that wouldn’t have allowed us to go on any further even if players were still under contract. We all felt like that was it. We were fortunate to win that last championship. There were plenty of difficult times along the way. It definitely felt like the end.”

Kerr also spoke of team dealing with Dennis Rodman’s unpredictable nature. He said Jackson handled the team’s leading rebounder with a level of respect and let Rodman be his carefree self.

Jordan’s legendary competitive nature also came up. Kerr laughed and told the story of the Bulls having shooting competitions from the hash mark after practice and shoot-around.

“Michael saw it and he just had to be involved,” the Warriors coach said Monday on a conference call. “So, he came down and started getting into the contest every day. Before you knew it, it was for money. He would usually be winning.”

“The Last Dance” director Jason Hehir said the documentary featured footage of one of the shooting contests from before Game 1 of the 1998 NBA Finals.

Hehir laughed and responded, “We’ll leave it as a cliffhanger, but I think your description was pretty accurate.”

“That was sort of a typical Michael story,” Kerr said. “He craved competition. I think he loved the interaction when there were stakes involved. He loved the whole idea of competing in any form. That’s what made him who he was.”

Steve Kerr: There was pressure being Michael Jordan’s teammate that I never felt from anybody originally appeared on NBCSports.com