Landlords are soliciting sex in exchange for rent, advocates say 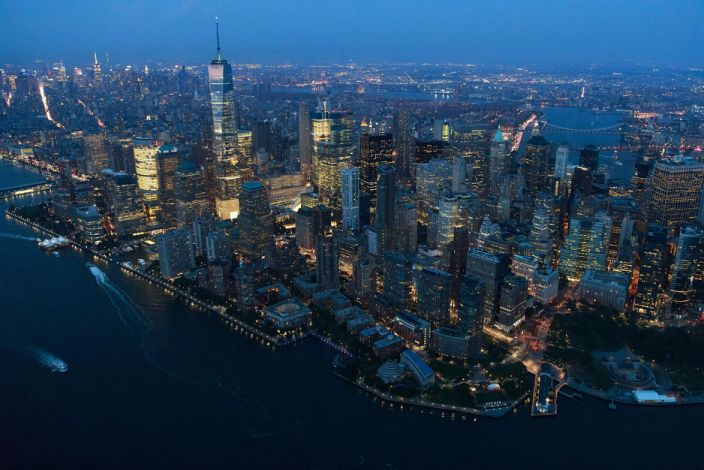 Some landlords are taking advantage of the coronavirus outbreak, soliciting sexual favors in lieu of rent payments from economically vulnerable tenants, according to advocates.

Khara Jabola-Carolus, executive director of the Hawaii State Commission on the Status of Women, said her office has received more reports of landlords sexually harassing their tenants in the last two weeks than it had in the two years since she started working there, including cases of landlords offering to move in with tenants and sending sexually explicit photos to them after they communicated concerns about paying April rent.

While the number of cases wasn’t necessarily astronomical — the commission received 10 reports about nine landlords — Jabola-Carolus said they were especially notable given such cases go “vastly underreported.”

“Landlord coercion has always been a reality, but we’ve never seen anything like this,” Jabola-Carolus said. “The coronavirus creates the perfect conditions for landlords who want to do this because not only are people being instructed to stay home, but the virus has added to the economic stress with people losing their jobs, especially in Hawaii, which is driven by tourism.”

Around 5 million more people filed first-time unemployment claims last week, bringing the total of unemployed Americans to nearly 22 million. While some states have enacted eviction and rent moratoriums, experts caution that these policies may not be enough to keep low- and middle- income renters in their homes. Only 69 percent of apartment tenants had paid their monthly rent by April 5, down from 81 percent the previous month, according to the National Multifamily Housing Council.

Advocates like Renee Williams, a senior staff attorney at the National Housing Law Project, suspect that as tenants continue to struggle economically, there will be heightened reports of sexual harassment enacted by landlords in the upcoming months.

“Landlords have all the leverage in the landlord-tenant relationship and in these types of situations, they especially prey on women who are vulnerable, who are housing insecure, have bad credit or who don’t have anywhere to go,” Williams said. “We’ve already seen that the pandemic is exacerbating a lot of systemic issues and sexual harassment targeted at tenants by landlords is likely to be one of these issues.”

Tenants have recourse As the coronavirus pandemic continues to uproot daily life, there may be added confusion about where tenants who may be experiencing such harassment can go with their claims, but advocates say tenants have recourse.

Tenants experiencing harassment can file a report with the Justice Department, which oversees an initiative to curtail sexual harassment in housing and has filed several lawsuits against landlords in recent years.

“DOJ is aware of these allegations and is working through its Civil Rights Division to investigate and bring to justice those landlords and other housing providers who engage in sexual harassment of tenants,” a spokesperson for the DOJ wrote in an emailed statement.

Park also suggested that tenants should seek the help of local legal and social services, including human rights commissions.

“Many courts are closed right now, but getting involved with these organizations and having a lawyer from them call landlords could put landlords on notice that their behavior is unacceptable,” Park said.

Yet Park and other advocates acknowledge that women who are most vulnerable — particularly women of color and immigrant and undocumented women — will not feel comfortable submitting a report or pursuing action against their landlords and that many times when they do so, they are often dismissed.

“I am do not think most of the women who submitted reports will go on to pursue action because they are so vulnerable,” Jabola-Carolus said.

This is why she created a guide for those whose landlords may be pressuring them for a sexual arrangement.

“We want landlords to know we’re watching them and that women who are dealing with this are not alone,” Jabola-Carolus said. “It’s really women who are holding every community right now. We’re the majority of health care, elder care and child care workers and coronavirus is highlighting the silence of oppression of women in the U.S. I could not even envision a more gendered crisis.”

While there are federal and state laws prohibiting sexual harassment in housing, many advocates call upon housing providers and public housing authorities that do not yet have these policies to institute them.

Isa Woldeguiorguis, executive director of the Center for Hope and Healing, also urges people to not discount the power of checking in on neighbors during this time, as staying at home not only can exacerbate sexual harassment, but other forms of violence and abuse.

“Reach out in whatever ways you can. We may not physically be able to be there, but we can call or walk by their homes,” Woldeguiorguis said. “Survivors need us not to forget.”